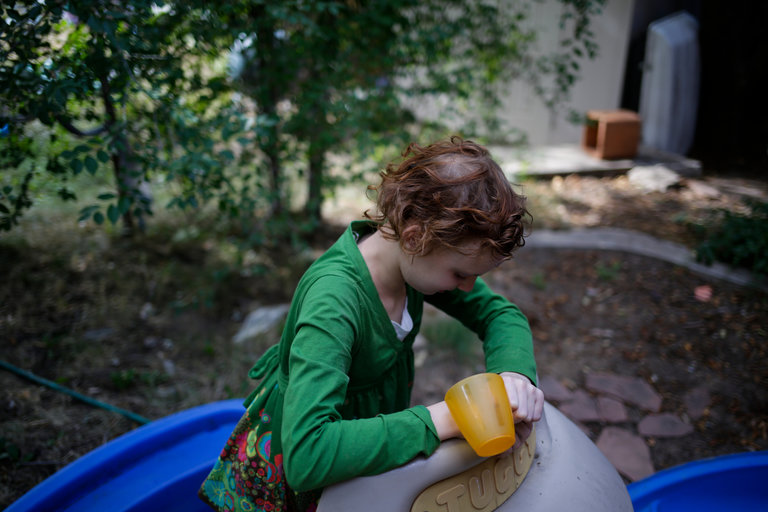 NEW YORK TIMES (NYTIMES.COM) – Their Hair Fell Out. Should the F.D.A. Have the Power to Act? by ERIC LIPTON and RACHEL ABRAMS

WASHINGTON — When the Los Angeles hairstylist Chaz Dean pitched his almond mint and lavender-scented hair care products — endorsed by celebrities like Brooke Shields and Alyssa Milano — he sold millions. But his formula got an unexpected result: itching, rashes, even hair loss in large clumps, in both adults and children.

More than 21,000 complaints have been lodged against his Wen Hair Care, and Mr. Dean, the blue-eyed, golden-haired stylist to the stars, has found himself at the center of a fierce debate over the government’s power to ensure the safety of a cosmetics industry with about $50 billion in annual sales.

The Santa Monica, Calif.-based national distributor of Mr. Dean’s hair care line is part of a beauty care trade association that has been aggressively lobbying Congress to block the passage of tough new legislation that would give the Food and Drug Administration the authority to test ingredients used in cosmetics and issue mandatory recalls for products found to be unsafe.

The fight has pitted smaller independent players against the giants of the beauty products industry, which back the proposed regulations, seeing them as an avenue toward regaining public trust, and have the size and muscle to comply with them.

Each side has its champions in Congress: Senators Dianne Feinstein, Democrat of California, and Susan Collins, Republican of Maine, for the larger companies, and Representative Pete Sessions, Republican of Texas, coming to the aid of his home-state company, Mary Kay, which joined the Independent Cosmetic Manufacturers and Distributors to fight the Feinstein-Collins legislation. Mr. Sessions has introduced competing legislation backed and largely drafted by Mary Kay and the independent companies.

“If you are in business and are not involved in politics, then politics will run your business,” explained a presentation prepared by Mary Kay last summer for sales representatives and obtained by The New York Times.

The face-off comes amid growing consumer concern about the safety of beauty care products and follows a string of other scares, including the discovery of hair products and skin creams containing hazardous ingredients such as formaldehyde and mercury. 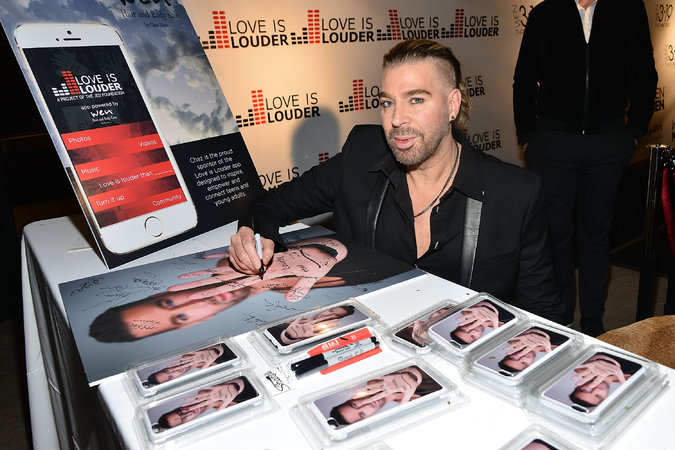 Chaz Dean at a holiday party he hosted in Los Angeles in December. More than 21,000 complaints have been lodged against his Wen hair products. CreditAraya Diaz/Getty Images

“People don’t realize there is effectively no regulation of cosmetics,” said Representative Frank Pallone Jr., Democrat of New Jersey. He, along with Ms. Feinstein and Ms. Collins, has pushed to strengthen a 1938 law that was passed to regulate the pharmaceutical industry but contained two pages that addressed cosmetics, leaving it essentially unregulated.

Joe Hixson, a spokesman for Guthy-Renker, the distributor of Wen, said the company has “evidence and studies that we believe demonstrate Wen is safe and does not cause hair loss.”

Mr. Dean’s hair care product does not actually lather. Instead, Mr. Dean promotes it as “a revolutionary way to cleanse” the hair without the use of traditional detergents or sulfates, chemicals some consumers have objected to.

“In addition to it sounding like ‘Zen,’ the system is a completely reverse way of looking at cleansing the hair,” the product’s website boasts. “Thus, ‘Wen’ is ‘new’ spelled backwards.” The company also sells what it calls “unique formulations gentle for pediatric use.”

Miriam Lawrence of Denver said she used Wen’s Sweet Almond Mint Cleansing Conditioner on the hair of her daughter, Eliana, then 9, about three times in late 2014. Within days, her daughter’s brush was full of hair. Three weeks later, Eliana was bald.

“It changed our life in just a couple shampoos. It’s ridiculous,” said Ms. Lawrence, whose daughter has grown back most of her hair and eyebrows. “It was marketed to be extra gentle, no harsh chemicals.”

Mr. Pallone, in a letter to the F.D.A. and Guthy-Renker, has pressed for answers about the Wen case. And in an interview he cited it as an example of why current law is failing and more rigorous regulation is needed.

For legal reasons, the government’s hands are tied.

That is in part because unlike pharmaceutical companies, cosmetic companies are not required to notify the government of “adverse reaction” reports — even if someone dies. 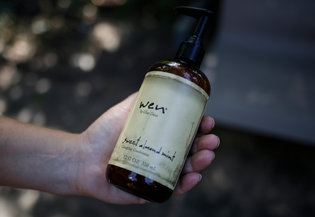 The F.D.A. instead has had to depend on consumers stepping forward, and as of July 7, only 127 reports had been filed to the agency detailing problems with the Wen hair care line. But inspectors sent to the company’s facilities dating back to 2011 learned that complaints to the company and distributor total more than 21,000, the agency said last month.

“You know how the stars were saying it was so good and it made your hair more manageable, more shinier?” said Bonnie Iqbal, 55, of Albany, who last year was among those who sued the company after her hair began falling out. “So I figured, you know, I’d try it.”

Patricia J. Zettler, a health law and policy expert at Georgia State University and a former F.D.A. lawyer, said that under existing law, the agency could take action against the company only if it could prove a product had been mislabeled or contaminated. If the product turns out to be dangerous but legal, the government has no recourse.

“The bottom line is, if the company has not violated the law, there isn’t really anything F.D.A. can do,” Ms. Zettler said.

Even in the absence of federal action, Guthy-Renker, in a “business decision,” agreed in late June to a $26.25 million legal settlement — still not approved by a federal court judge — that would repay up to $25 to every person who has bought a bottle since Wen products were introduced and as much as $20,000 to individuals claiming hair loss or other injury. Yet the product is still being sold, and the F.D.A., other than issuing a notice saying it is looking at the matter, has taken no action.

Every weekday, get political news and analysis from the staff of The New York Times.

The Feinstein-Collins bill is intended to eliminate such stalemates. It would, for the first time, require that cosmetics manufacturers report “serious adverse” reactions to their products to the F.D.A. as they come in, as well as create an annual report of all “adverse events.” It would also give the agency the power to order companies to recall products found to be dangerous.

The bill would collect about $20 million in fees annually from beauty care companies to help cover the cost of confirming the safety of about five ingredients each year that are suspected of causing problems, such as lead acetate, a color additive in hair dyes, and quaternium-15, a preservative used in certain shampoo and cosmetics.

The legislation has won the endorsement of heavyweights including Estée Lauder, whose brands include Clinique, Origins, MAC, La Mer, and Bobbi Brown; Johnson & Johnson, maker of Neutrogena and Aveeno; and Procter & Gamble, whose brands include Pantene, Head & Shoulders, Herbal Essences and Olay. Industry officials said they decided to embrace the legislation after becoming increasingly concerned that a decline in consumer confidence could hurt their sales. 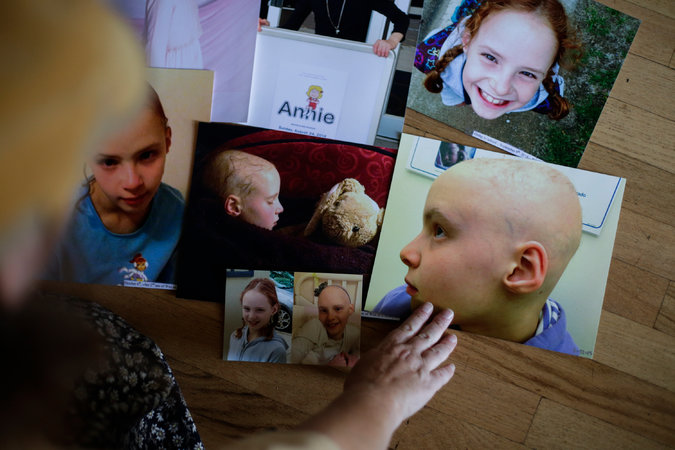 ngredients they choose for their families,” Darrel Jodrey, a top federal lobbyist at Johnson & Johnson, said in a statement.

Major national environmental, consumer and health nonprofits, such as the American Cancer Society, the Environmental Working Group and the Good Housekeeping Institute, have also backed the plan.

But even before Ms. Feinstein formally introduced her legislation in April 2015, the Independent Cosmetic Manufacturers and Distributors, in which Guthy-Renker has been a dues-paying member for over a decade, moved to defeat it, internal documents obtained by The Times show.

During a March 2015 strategy session in the New York law offices of a trade association legal adviser, Locke Lord, industry executives were briefed by their lobbying team, who explained that it had already approached the office of Representative Fred Upton of Michigan, the chairman of the House Energy and Commerce Committee, with jurisdiction over the F.D.A.

Michael Lunceford, a senior vice president at Mary Kay overseeing the company’s lobbying and public affairs divisions, had done groundwork through the Direct Selling Association, where he is on the board, to help Mr. Upton’s 2012 re-election effort. The organization bought billboard, radio and newspaper ads “to gain the attention of the candidate in order to cultivate a champion for the direct selling industry,” according to an industry newsletter.

Guthy-Renker hired its own well-connected Washington help: William R. Nordwind, a lawyer and lobbyist who spent a dozen years working as a staff member and campaign aide to Mr. Upton. Mr. Hixson, the Guthy-Renker spokesman, said the company had not publicly taken a position on the Feinstein-Collins bill, although it financially supported the independent cosmetics industry association. Mr. Nordwind’s team, from the Venable lobbying firm, has contacted Capitol Hill on behalf of the company, Mr. Hixson said.

“They have got a bad story out there right now,” Robert Harmala, a former House aide who lobbies for the Independent Cosmetic Manufacturers and Distributors, said regarding Guthy-Renker and its Wen product line. “They don’t want to be the face of the industry for having done this.”

Mary Kay claims credit for persuading Mr. Sessions, whose Dallas-area district is near its headquarters, to sponsor alternative legislation. Mr. Sessions’s proposal still would require beauty care companies to notify the F.D.A. of “serious cosmetic adverse events,” but it would not grant the agency the power to order a recall or collect industry fees to pay for new programs, such as the safety evaluation of cosmetics ingredients. Most important for direct sellers like Guthy-Renker, Mary Kay and other members of the independent cosmetics group, it would broadly and retroactively pre-empt any tougher state laws. 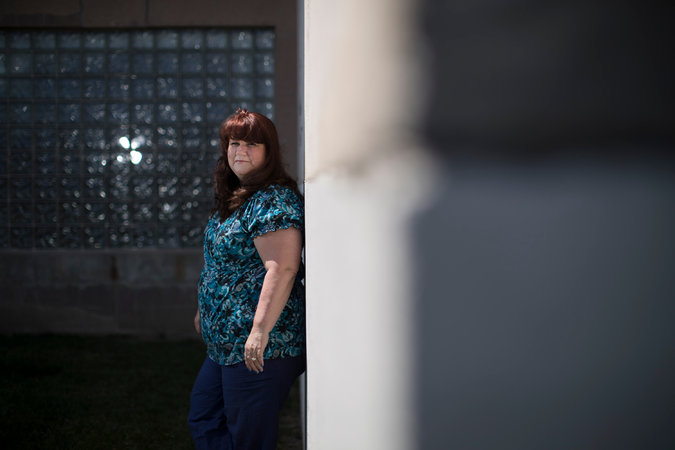 “We can’t just be out there saying, ‘No, we don’t like Feinstein’s bill,’” Mr. Harmala said in an interview.

Mr. Sessions, after introducing the legislation, became a favorite of the cosmetics industry, campaign finance records show, emerging as the top recipient in Congress of donations from Mary Kay employees, and taking donations from at least 10 other industry executives, including Pam Busiek, the president of the Independent Cosmetic Manufacturers and Distributors. Executives at Guthy-Renker were not among the donors.

More industry donations were sent to Representatives Eddie Bernice Johnson, Democrat of Texas, and Bill Flores, Republican of Texas, the only other two House lawmakers to help sponsor the bill.

Crayton W. Webb, a spokesman for Mary Kay, said the company was committed to helping pass a law that increased the federal government’s oversight of the industry, but opposed Ms. Feinstein’s bill because “it falls short in providing one clear national and uniform safety standard.”

Ms. Busiek added, “We want something that is not overreaching.” Mr. Dean declined to comment.

The F.D.A. would not comment on the proposals. So far, the agency said, it has found no evidence of contamination or misbranding in Wen products, the only two product flaws it can use to press a company to agree to a voluntary recall. The agency has requested the results of safety tests and other manufacturing data, but it cannot compel the company to release any information.

“That’s why it is so critical that we get information directly from consumers and their health care providers,” said Susan Mayne, the director of the F.D.A.’s Center for Food Safety and Applied Nutrition.

For consumers dealing with thinning hair, itchy scalps and other problems, the additional responsibility of bringing their case to the government can be a tall order — and certainly a confusing one. The government should be helping them, they say.

“I think it would be great for the F.D.A. to step in a little bit more,” said Melanie Guitzkow, a 20-year-old student, who said her hair began to fall out when she used Wen in high school. “Some things, like, shouldn’t be on the market because they’re damaging.”

View all posts by cdfirm-admin →